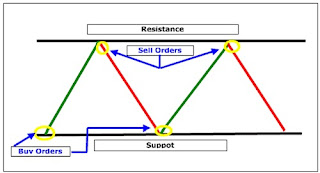 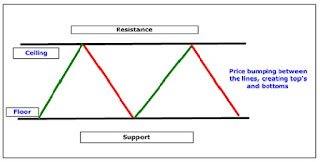 Figure (2)
The pattern seems like a bouncing ball, which is bouncing from the floor to the ceiling. As one can observe that, the ball hits the floor and bounces. After bouncing, it hits the ceiling and drops down. Support and resistance is like floor and ceiling with changeable stock prices in between.

Taking one practical example of resistance lets gaze at the figure (3) illustrated below, the dotted line shows the resistance. Let us assume that this illustration is of Mr. X who has bought the share of Ashok Leyland, in March 2006. The price of stock fluctuates until November 2006. Peeping into the scenario, you will observe the price of the stock has reached up to level 39 in April and July. The price of the stock has not crossed the level 39, so this level is the resistance level of these occasions. 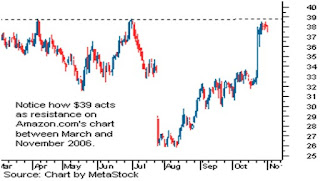 Figure (3)
The prices of stocks on a chart, which act as a floor by stopping the price from being pushed downward. Now take one practical example of support and consider the figure (4). The skill to recognize a stage of support can also agree with a superior buying opportunity as this is the spot where traders notice good value and thus start to push prices higher again. 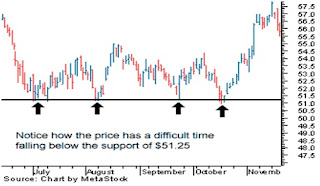 Support and Resistance Breakout:
When the breakout happens in the chart then resistance becomes support and support becomes resistance. Traders feel that the more support and resistance level is tested the better it is, as it creates more perplexity.
As soon as the orders will be filled, the breakout will take place. 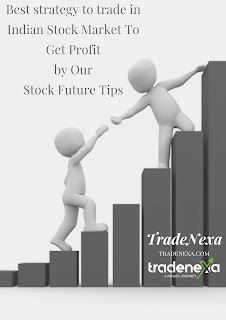 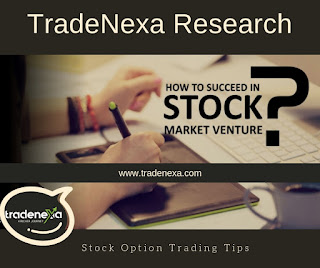